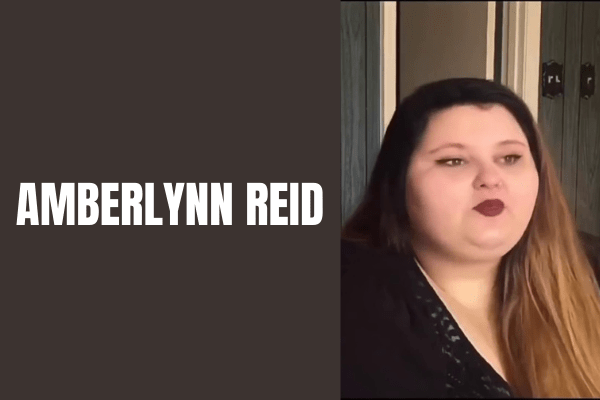 Who is Amberlynn Reid?

Amberlynn Reid is a social media star and a plus-size model, who achieved stardom by making mukbang videos and daily vlogs, talking about lifestyle, fashion, and her own personal endeavors, on her official YouTube channel, on which she now has more than 125,000 subscribers.

So, do you want to find out more about Amberlyn Reid, from her childhood years to most recent career endeavors, including her personal life as well? If yes, then stay with us for the length of the article, as we introduce you to this prominent plus-size model.

Amberlynn Reid was born on the 27th December 1990, in Key West, Florida USA; however, she grew up in California, moving between several foster homes. Her biological parents were drug addicts and she had problems dealing with their arguments and fights, and before she turned eight years old, she was taken away from them.

She is the middle child and has a younger and an older brother. Unfortunately, her struggles continued and by the time she was 12, she had switched several shelters and foster homes, only to be reclaimed by her parents. Unfortunately, that didn’t last long as she started smoking and drinking, while her parents returned to their old ways. Despite being something of a rebel and having a troublesome childhood, Amberlynn was focused on school and matriculated, after which she enrolled at Brown Mackie College in Tucson, Arizona.

While still at the university, Amberlynn started her career, and her first video “Nervous + Awkward + Weight Loss Vlog”, became a hit, attracting thousands of people to her channel – the video now has more than 65,000 views. She continued to upload videos that covered her daily life, such as “Weigh-In + Dancing + More Awkwardness”, and others. Gradually, she was becoming more popular and decided to focus fully on her career on YouTube.

With every new post, Amberlynn was becoming more popular, and the number of her subscribers increased steadily, and from a mere 1,000 it reached more than 10,000 in less than a year, but that was nothing, as she received a boost and soon reached 100,000. Nowadays, that number is 127,000 subscribers, and her videos have been viewed more than 60 million times.

Since launching her career, Amberlynn has become quite popular on the internet, and her success has only increased her wealth. So, have you ever wondered how rich Amberlynn Reid is, as of mid–2019? According to authoritative sources, it has been estimated that Reid’s net worth is as high as $300,000, which is still quite decent, don’t you agree? Undoubtedly, her wealth will increase in the upcoming years, assuming that she successfully continues her career.

Amberlynn has put her personal life on a pedestal, and we are happy to share all we know about it with you. In 2017 Amberlynn ‘came out’ as a lesbian, and is in a relationship with a woman named Becky Williams.

Due to her obesity, Amberlynn has experienced several health problems; she has said that she has gallstones and a binge eating disorder. Also, back when she was nine and all the problems in the family started brewing, she was diagnosed with chronic depression, and also obsessive-compulsive disorder. She has spent some time in a mental institution and has also sought help for her obesity.

Her official Instagram page has more than 30,000 followers, with whom she has shared events from her personal life, such as her weight loss, among other posts. You can find her on Facebook as well, but she has made her profile a bit more private and you will need a special request to become her fan, maybe even a friend.

So, if you aren’t already a fan of Amberlynn Reid, then this is a perfect opportunity for you to become one, just skip over to her official pages, and see what she is up to next, both personally and professionally.