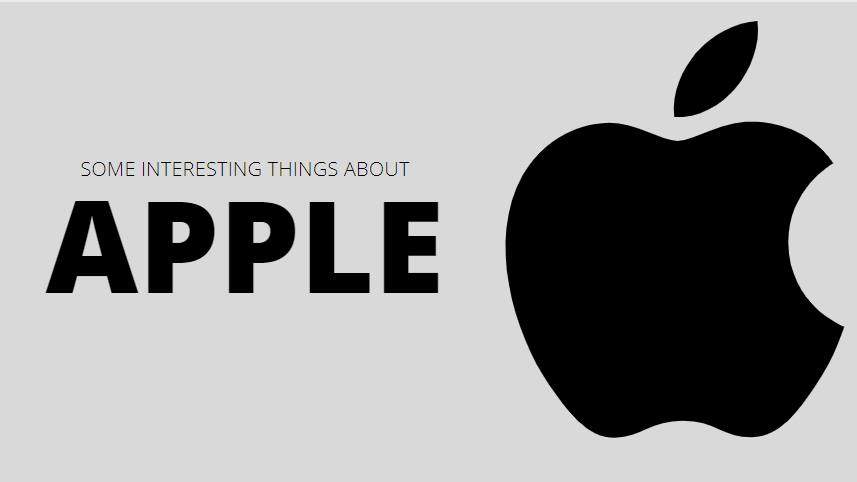 Some Interesting Things About APPLE

Interesting Things About APPLE: Steve Jobs sold his Volkswagen Bus for $1,500 and co-founder Steve Wozniak also sold his Hewlett-Packard calculator for $500 to initially fund the company.

In Japan’s Apple store, there was a fan who started waiting in line 7 months early for an iPhone 6. This iPhone 6 is the largest selling phone of Apple worldwide.

Apple is worth more than the entire Russian stock market. Apple could buy Disney or Coca-Cola and pay in cash.
Now everyone knows that Apple is the first Trillion-Dollar Company.

When the first prototype of Apple’s iPod was shown to Steve Jobs, he dropped in an aquarium and used the air bubbles to prove there was empty space and it could be made smaller.

Apple has a ‘no smoking’ ban regarding their computers. Ridiculous as it sounds, but if you smoke while using an Apple computer, you void the warranty you’ve been warned!

I love Apple because of their privacy. Is there any reason you love or hate Apple?