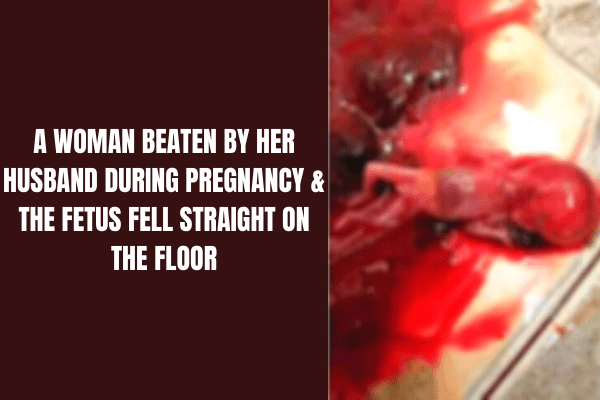 This horrific case is from Thailand and it was reported on 12th of May, 2019.

It was her second marriage and she met her husband for the first time in the salon she worked in and after getting married to him, She left her job to become a housewife.

Her husband was jobless and he forced her to go to work with a pregnant belly. He kept on demanding money from her. She saved a decent amount to set up his curry business. But it failed and her money went to waste. After that, she refused to give him any more money which resulted in the argument and the rest is in the picture.

After the post went viral, Netizens requested her to report it to the police instead of posting on social media. To which she replied with “I have 2 children and if I take this matter to the court, Most of my time will be wasted in that and their future will be spoiled. So, She decided to get divorced.

She had to keep her mouth shut for another reason that her parents and family didn’t support her as it was her 2nd marriage and the Guy was 10 years younger than her, So they didn’t approve of the marriage.

An innocent woman suffered.
A life was lost.
And he got away with everything because she couldn’t take a legal stand as she was worried about the future of her other two kids.

This case got lost between numerous such cases that went viral on social media, was widely shared but nothing happened. My heart goes out to the lady who did everything she could to make her marriage successful yet suffered in the hands of the male dominant society.

Let’s smash Patriarchy.
Tag the feminists, influencer, and women rights activists in the comment. Let’s see if they talk about a real victim of patriarchy or not.