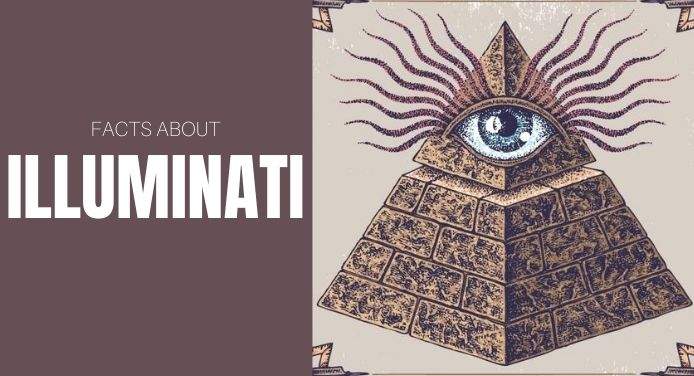 Illuminati – A secret society founded on May 1, 1776, in what was then known as the electorate of Bavaria (part of modern-day Germany). The group was founded by Adam Weishaupt, he wanted to connect with like-minded free-thinkers, so he decided to start his own secret society, and the order of the Illuminati was born.

The Illuminati’s main mission was in line with the values of the enlightenment: the group sought to promote rational thinking and knowledge. Weishaupt said that current systems “leave us under the dominion of political and religious prejudices,” whereas the Illuminati “frees … from all religious prejudices, cultivates the social virtues, and animates them by a great.

Originally, Weishaupt called his group the “PERFECTIBILISTS.” however, the founder quickly realized how silly that sounded and tried out a few other names, including the bee order (yes, really), before eventually landing on the order of the Illuminati.

Group of rich, successful men; no women or Jews were admitted into their ranks. Any new members had to be vetted and approved by the existing group. Membership requirements included being well-educated and wealthy, having a strong reputation, and coming from a good family.

After joining, members of the order of the Illuminati worked their way through a series of “levels” to show their progress toward enlightenment. Originally, the Illuminati had three different “levels of enlightenment” that members could achieve: novices, Minervals, and illuminated Minervals. (the owl of Minerva was the group’s original symbol; Minerva was the Roman goddess of wisdom, and the owl of minerva symbolizes intelligence and wisdom and was a popular icon of independent, progressive thinkers of the era).

MUST READ
What You Need To Know About Beirut Explosion

However, a few years after its founding, a member named Baron Von Knigge revised the system into as many as 13 levels, also known as “degrees,” which were then grouped into three classes. Von Knigge had been a member of the freemasons before turning to the Illuminati, and his system was based on that of his former group. Reaching the highest level meant a member had achieved “philosophical illumination,” according to national geographic, and he was given the title of “king.”

All Illuminati members were given pseudonyms that represented historical or important figures. For example, Weishaupt was known as “Spartacus” and Von Knigge as “Philo” correspondence was written in cipher and even things like town names were replaced with an arbitrary word. It’s said that when the government raided member’s homes after shutting down the organization, instructions for making invisible ink were found.

The original Bavarian Illuminati was in existence for less than a decade, from 1776 to 1785. a former member named Joseph Utzschneider was responsible for shutting them down. Utzschneider wrote a letter to the Grand Duchess of Bavaria that outed the group and their progressive beliefs (though it’s likely some of his claims were exaggerated). The Grand Duchess told her husband, the duke of Bavaria, who first issued an edict in 1784 that banned the creation of any society not previously authorized by law, and then followed that up a year later with a new rule in 1785 that explicitly banned the secret society, and in 1787, membership was made punishable by death. The group was disbanded and Weishaupt was banished from Bavaria. According to most experts, this was the end of the Illuminati, though there are hundreds of conspiracy theories that suggest the group is very much still alive and running.

This was the most requested topic, we know that it was lengthy and we tried to cover almost about them (unless some conspiracy theories) because they were easily available on YouTube so we tried to post which is not available on some major platform, so if you like our work please share with your friends.

One thought on “Some Interesting Facts About ILLUMINATI”