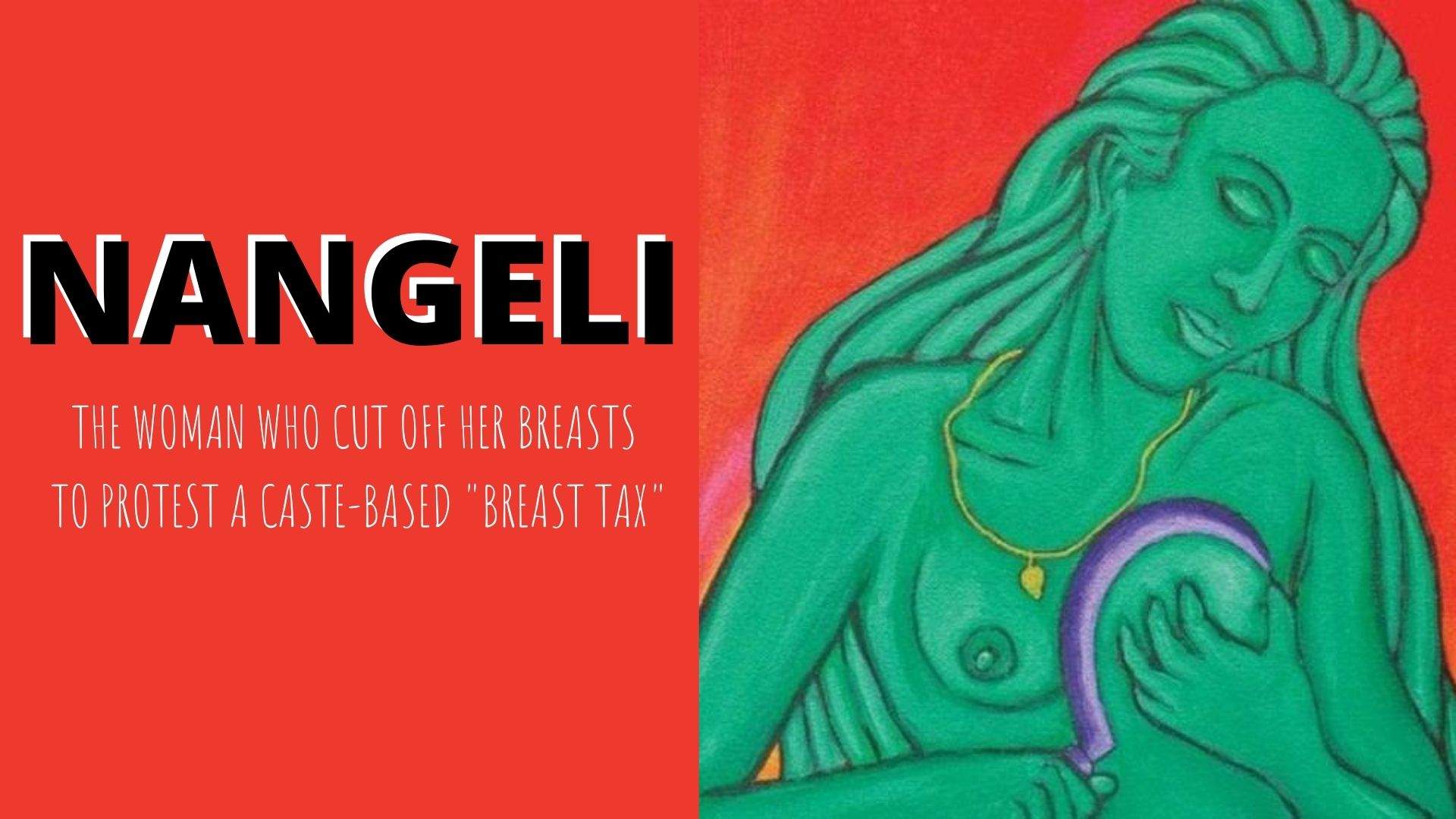 Nangeli, the woman who cut off her breasts to protest a caste-based “breast tax” – Nangeli was a poor, lower-caste woman who lived in the early 1900s (citation needed) in the kingdom of Travancore in Kerala.

Travancore in the early 1900′s was not a good place for the lower classes. Because the king at that time and his business ministers had found a way to make life complete hell for the poor people by burying them under a mountain of taxes and these taxes were not meant for the rich. They were just for the poor, lower caste alone.

Nangeli belonged to the Ezhava caste. Her community was required to pay the tax along with other lower castes. But she decided to protest by covering her chest without paying the breast-tax – a brave move in the early 1900′s for a woman of lower caste status.

When the tax inspector heard she was refusing to pay the tax, he went to her house to ask her to stop breaking the law. But she still refused to pay the tax and cut her breasts off in protest instead.

Nangeli died of excessive blood loss, while her distraught husband committed suicide by jumping into her funeral pyre.

The result of this whole incident however was the very next day the king of Travancore abolished the tax on women’s breasts.

The village Nangeli comes from is called Mulachhipuram or the land of the woman with breasts, named to remember Nangeli’s great sacrifice against the breast-tax.

This is a story that should definitely not be forgotten. So please share this your friends