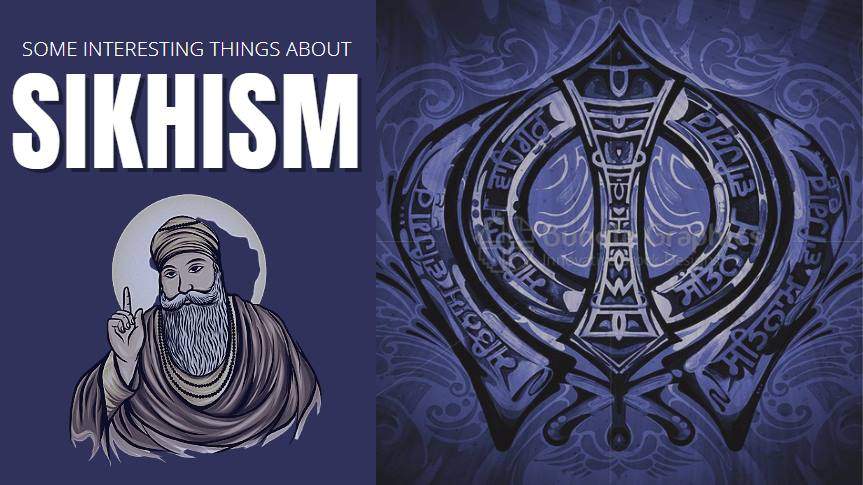 Some Interesting Things About SIKHISM

THE CONCEPT OF GOD

The concept of “God” is different in Sikhism than that of other religions. It is known as “Ik Onkar” or “One Constant“. It is found in the Gurmukhi script that God has no gender in Sikhism (though translations may present a male God); it is also “Akaal Purkh” (beyond time and space) and “Nirankar” (without form).

THE REASON BEHIND TURBAN

Turbans go way back in history as part of a spiritual practice. The top of your head is the tenth gate or the crown chakra. It is normally covered by hair that acts as antennae to protect the top of the head from sun and exposure, as well as to channel sun and the energy.

WHY SIKHS DON’T CUT THEIR HAIR

Sikhism instructs not to fast, perform animal sacrifice, go on pilgrimages, conduct self-torture, or any other similar tasks. The only way to please God and be one with Him is to love Him. One need not perform any rituals or believe in superstitions to receive God’s love.

In the fourteenth century, before the time Guru Nanak Dev Ji, Indian women were severely degraded and oppressed by their society. Her function was only to perpetuate the race, do household work, and serve the male members of society. Female infanticide was common, and the practice of Sati was encouraged, sometimes even forced. Guru Amar Das Ji, the third Guru of Sikhs, raised his voice and denounced the Sati system.

NO DEFINED ARCHITECTURE FOR GURUDWARA

Any place where the Guru Granth Sahib is installed and treated with due respect according to Sikh Rehat Maryada (the Sikh code of conduct and convention) can be referred to as a Gurudwara, whether it is a room in one’s own house or a separate building.

THE FOUR DOORS OF GURUDWARA

There are four doors into a Gurudwara, known as the Door of Peace, the Door of Livelihood, the Door of Learning, and the Door of Grace. These doors are a symbol that people from all four points of the compass are welcome and that members of all four castes are equally welcome. There’s always a light on in a Gurdwara, to show that the Guru’s Light is always visible and is accessible to everyone at any time.

The focus of attention and the only object of reverence in the main hall (or Darbar Sahib) is the book of Sikh scripture, the Guru Granth Sahib, which is treated with the respect that would be given to a human Guru. The book is placed on a raised platform and covered with expensive cloth when not being read. Although Sikhs show reverence to the Guru Granth Sahib, their reverence is to its spiritual content (Shabad) not the book itself.

Some Interesting Things About SIKHISM1 thought on “”