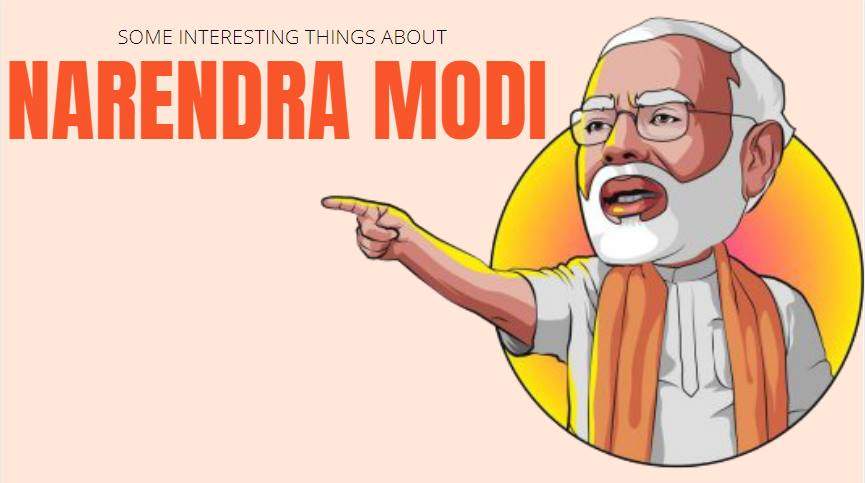 Narendra Modi wears clothes only from one brand i.e. Jade Blue which is Ahmadabad based textile company.

Shinzo Abe, the Prime Minister of Japan, Is a highly nationalistic person. He is known to tweet always in Japanese only. But on May 20th, 2014, he tweeted in English for the very first time just to congratulate Narendra Modi.

Modi is often called a Hindu nationalist. He is well known for his love for Hinduism. But very few know of his fondness for Buddhism as well. The reason for his affinity towards these religions is his birthplace Vadnagar, both these religions—Hinduism and Buddhism have been flourishing there for centuries.

In his childhood, he brought home a baby crocodile from the pond where he had gone to bathe. But Modi’s mother said that this is wrong and he cannot do this and asked to put it back so the young mom obeyed his mother and put it back.

Modi’s Engaged at the Age of 13

He was engaged at the age of 13 and married Jashodaben at 18. he kept his marriage a secret as he wanted to be a pracharak of Rashtriya Swayamsevak Sangh and revealed it when he filed the nomination for 2014 general election.

Narendra’s mom earns around Rs. 20 lakhs in a year, most of which he donates. Moreover, when compared with the world’s political leaders, his income isn’t even peanuts. Just so you know, Trump earns around $400,000 per annum.

Initially, Modi didn’t want to join politics. He wanted to settle down as a monk in the Ramakrishna mission. Moreover, his love for spirituality was so great that as a teenager he ran away from home and spent 2 years in the Himalayas with yogic sadhus and studied Hindutva.

During 13 years of his tenure as the Cheif Minister of Gujarat, he did not take a single holiday and kept his personal staff to as low as three, despite entitlement to a large entourage.